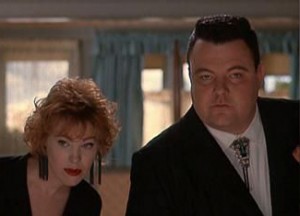 If you’re like me, you probably recall Glenn Shadix as that creepy fat guy, aka Otto, from Beetlejuice, the guy with a penchant for sleek black suits and resurrecting dead people. In a crazy WTF news event, especially since no one knew he was using a wheelchair in the first place… …Shadix fell out of his wheelchair last week, hitting his head and very sadly, passing away. No other details regarding much else, such as the ailment causing his wheelchair use, have been made public. But I guess, that really isn’t important. What’s important is who he was, and Shadix was an early gay rights trail blazer.

He went through that effed up “changing gay guys into straight men” therapy as a young gay man (which never works). Upon becoming famous, he never hid his past and was always proud of who he was. He was a commited voice in the gay community, vocal and undeterred, and he will be missed.

To read the New York Times article on his passing, click here

And to see a video on a man who claims to know more of the back story, click here