I have some questions on the dating scene. I have a few “girl” friends that I see sometimes either around where I live or at the race track but I have never been on an actual real date. I’m not sure really. I would love to go on dates and end up dating someone! What am I doing wrong? I do know that with me being in a chair may have some reasons and of course all my traveling for racing.

Since I’m only 19 (will be 20 October 2) I can’t go to bars in the U.S. I have tried online dating like Plenty Of Fish but nothing came out of it. Can you give me any suggestions on what I’m doing wrong or how I can find someone that would want to date me with everything I have went through and what my career is?

A lot of my friends that I race with and friends from school are all dating so I want to enjoy the dating scene as well.

I know some of this was just rambling on but I just wanted to get your opinion on all of this.

Have you asked a girl out on a date yet?  If you haven’t, that may be where your problem lies. I know it can be stressful asking a girl out.  It sounds like you’re worried a girl may turn you down because of your disability, but since you’re the  guy, you still have to do the asking out.

At your age – 19 – it’s true, most guys your age have been on a least a few dates, but I’m going to give you a pass because I know how hard it is to adjust confidence-wise after a spinal cord injury (especially in your teens). I was injured when I was 14 and even though I had a few pseudo-boyfriends I met at disability camp the first couple summers post-injury, I didn’t go on an actual full-fledged date until I was 19. I too was too nervous to approach AB guys (I finally met a guy online).

I’m glad to hear you’ve tried internet dating, even though it didn’t amount to much yet. In that venue you need to be aggressive as well. If you see a girl that you think is cute, send her a message. Don’t let the fact that you’re in a wheelchair stop you. She very well may not write you back, and that can happen, but don’t ever let that stop you.

When trying to meet a girl, in many ways it can be a numbers game. You just need to start talking to as many ladies online and offline as possible, until you meet someone you have a romantic spark with. Even with the girls you mentioned that you see and talk with at the track, try to be more flirty with them.

Even try giving them a small token of your affection; anything fun, or funny (girls love that kind of flirty stuff). Just try being more flirty and complimentary to the ladies. You’re a race car driver. Go with it.

Now, the one thing you have going against you is that some girls just don’t know if you’re going to be interested in dating or not because of your SCI, especially at your age when you’re dealing with girls who don’t have a lot of life experience.

You’re going to have to make it very clear to them, that even though you use a wheelchair, you’re still interested in the opposite sex and everything that comes along with it – sex, marriage and kids – you want it all, can have it all, and WILL have what you want. A lot of women don’t realize this is still possible, so it’ll be up to you to make sure they know it is.

Out of ALL the men in wheelchairs I’ve seen date successfully, the most successful are the confident ones, the ones that are even borderline cocky. At the end of the day, girls love a guy who knows what he wants and goes after it like a mighty hunter, wheelchair or no.

Now get out there and ask a girl out on a date, Speed Racer. You should be dating a supermodel by now.

Wishing you luck in love,

Have a dating question? Write me at tiffiny@beautyability.com

Archive for Dating on Wheels

Really, no need to be embarrassed for liking us 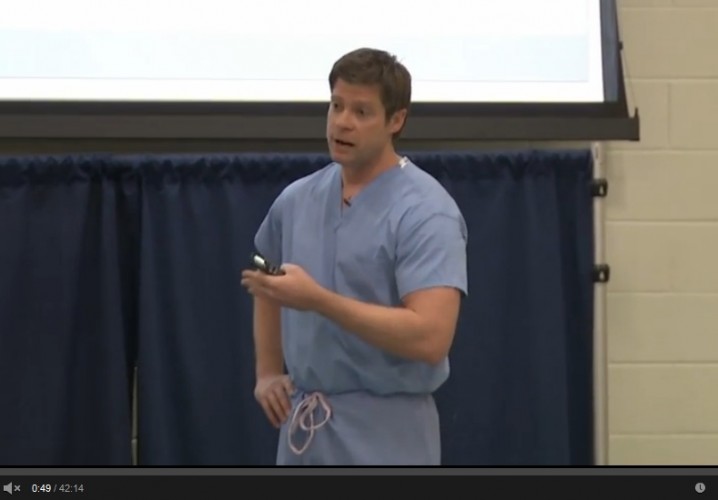 The Latest on Male Sexuality and Spinal Cord Injury