Meet our newest SCI Superstar US Paralympic swimmer Mallory Weggemann! A lifelong swimmer, she fought back from an epidural injection that paralyzed her and in a year returned to the sport she loves as a T10 para. She won gold in London in 2012, breaking the women’s record in the 50m. Can she do it again in Rio? Read all about her journey, from injuring her arm in 2014 in a crazy fall to her wedding planned for this December, here 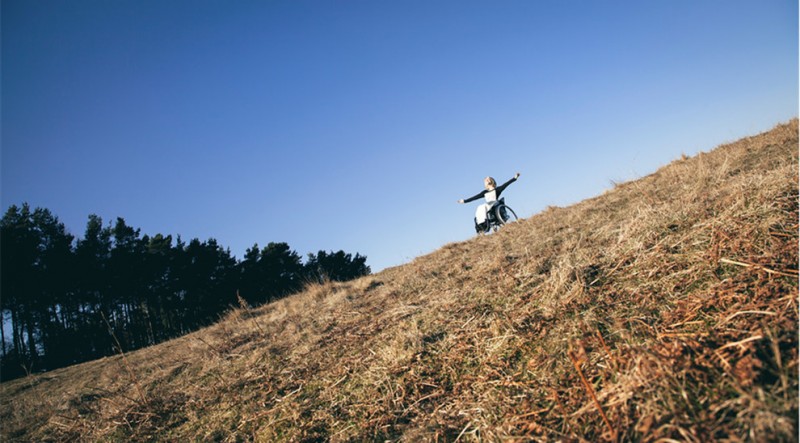 I have been on the internet for forever and these famous dance scene recreations from film by People Dancing, a community dance project in the UK (that was completed in 2014) are crazy good, and I’m only discovering it now! The dance scenes are beautiful, polished, humorous; really perfectly done. The exhibit is called 11 Million Reasons and it took an entire year to complete. The world needs to see this! Please share what they’re doing.

View the entire series of 20 images by Sean Goldthorpe here

Sailing calls out to many people, and it definitely called to Harry Horgan, founder of one of the most established sailing nonprofits in the country. What started as an adapted sailing program 30 years is now helping both people with disabilities and underprivileged children experience the beauty of the open water. Shake-A-Leg Miami has undoubtedly changed thousands of lives.

Also a husband, brother, as well as a father to a teenage boy who loves sailing just as much as he does, Harry is a seasoned paraplegic who is many faceted, but his compass will always remain pointed towards sailing. His upbringing on the East Coast near the water had a strong influence on him, making sailing one of his top passions. Read more

One look at Peter Soby, a 47 year old C5-6 quad, and you can just tell he is someone special. Forget the wheelchair; you feel it the moment you look at him. A writer, producer, director, entrepreneur and motivational speaker rolled into one, he has done it all since graduating from college with his degree in speech communications.

And he hasn’t let his spinal cord injury prevent him from tackling this very image-conscious world. His whirlwind story may include a spinal cord injury but he’s followed his creative drive. For a taste of this life adventurer living in sunny California, read on for the unforgettable story of Peter Soby. Read more

Even though he’s only 30 years old, Rob Wudlick’s journey since his spinal cord injury has been one-of-the kind. A fresh SCI research advocate, newly injured people like Rob are refusing to accept spinal cord injuries as permanent, and what they’re doing to help the SCI community is helping in big ways.

Other than working out since his injury using activity-based therapy (and being one of the most positive guys in the gym), he’s a founding member and Chairman of the Board for a nonprofit dedicated to curing spinal cord injury, Get Up Stand Up (GUSU), and is busy hitting the pavement at Capitol Hill (in his home state or in DC) whenever he can. Read on for a snapshot into the life of an unexpected advocate. Read the rest

For the last 10 years a great event to further spinal cord injury (SCI) SCI research has been happening: The Working 2 Walk (W2W) Symposium – a 2-day event sponsored by the United2Fight Paralysis Association; and Spinalpedia was there!

We met so many impressive advocates with paralysis and heard the latest on several promising research programs, it would’ve been impossible to leave without hope. Please enjoy our W2W 2015 review. Read for more

The latest wheelchair fashion designer to throw her hat into the ring, Heidi McKenzie is unlike any other wheelchair designer of there. A paraplegic since her early twenties, Heidi has owned being a woman with a spinal cord injury, competing in Ms. Wheelchair America and now her latest venture – becoming a business woman -since her injury.

But her latest venture, creating customized wheelchair clothing, is what has launched her into fame this past year. From appearing on local media to being profiled on some of the biggest websites online, Heidi’s grand “coming out” last year with her brand (which included a successful Kickstarter campaign) has been phenomenal. Read more

Some could say that 2015 has been a banner year for Henry Fraser. Injured in 2009, Henry has come a long way since becoming paralyzed from the shoulders down. Now 23, this former rugby player discovered painting – watercolor painting to be specific – and has skyrocketed to fame thanks to his paintings of famous athletes.

But mouth painting isn’t everything he does, although his 31 thousand and counting followers on Twitter might have a thing or two to say about that. Also a rising inspirational speaker, Henry has turned his injury into something much bigger than himself. Continue reading…

Ever since getting DVR thanks to my loser ex-boyfriend, I’ve been discovering shows that randomly look not-so-bad, and holy crap am I so glad I added Another Period to my list of recorded shows. 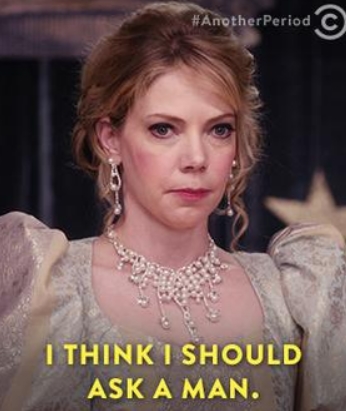 Henandez,” but as a fan of Downtown Abbey and silently hating the “upstairs world,” this show has been like a cathartic kick in the butt.

The inhumane adventures of Lillian Schmemmerhorn-Fish, her terrible siblings (w/ Rikki Lindholm as her dumb as rocks sister “Beatrice”) her mother and the random sighting of their father are stunningly good. I wasn’t so sure about the show after the first episode, but the pure brilliantness and audacity of the humor (think Blazing Saddles) have won my heart. From the hysterical slo-mo of Natasha/Lillian getting dumped on “Rejects Beach” to the ridiculous “Doggie dinner party” episode, I can’t get enough.

Michael Ian black as “Mr. Peepers” also deserves a shout out. He is probably my favorite male cast member, with “Garfield” (the fired underbutler) played by Armen Weitzman an incredibly close the second. Any scene with these two interacting makes my eyes water. Armen, you are good. And Thomas Lennon, Jack Black and Ben Stiller’s random character appearances (Thomas’ moreso) are worth noting.

And I’m SO happy to hear that this show has been picked up for a second season. Comedy Central, you did right. This type of humor sometimes falls on deaf ears, especially with American audiences, but thank god this show will be continuing.  I can’t wait to see the terrible things the Bellacourts get up to in Season 2, which will be like in a month. <g> 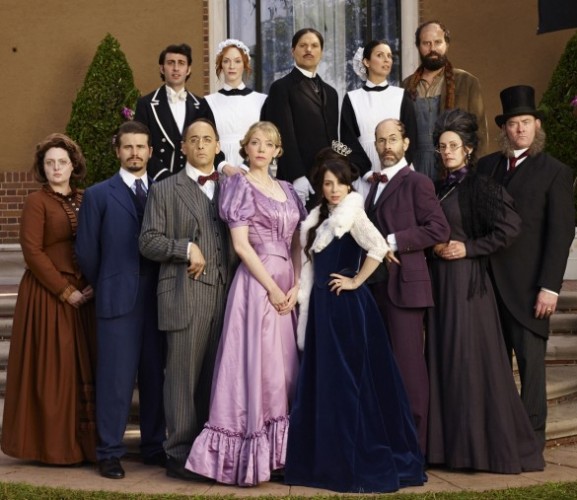 After our injuries we’re all worried about different things – going back to school, doing things you love again, providing for your family and for many women with spinal cord injuries – will I be able to have children? The answer is a resounding yes, as the renowned Wheelchair Mommy blogger exemplifies.

Priscilla Hedlin is one of the most well-known bloggers for mothers with spinal cord injuries. Priscilla began sharing her story shortly after it happened by starting a Geocities website. She’s officially been blogging on WP in 2008 and her blog covers every aspect of parenting with a spinal cord injury. The depth of information she covers is some of the best out there.

If you’re newly injured and worried about parenting, you can’t get better than The Wheelchair Mommy. Read her journey, from her injury to how she became a blogger, here.