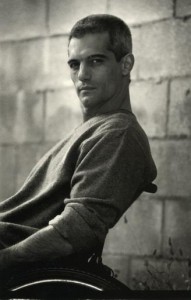 The hunkiest guy in a wheelchair to make it big in Hollywood – Mitch Longley.

He’s been a hearthrob fans adored in General Hospital and Another World, he was on NBC’s Las Vegas until 2010 and he’s in the new documentary CinemAbility. This guy really needs a website. Read this entry 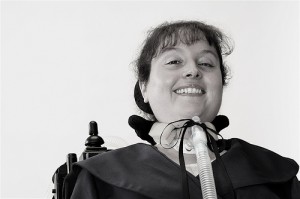 Brooke Ellison is am-aazing! First quad to graduate from Harvard (you’ve seen her on the “Hope. Pass It On” billboards), Christopher Reeve’s last film was on her life story and she ran for the New York State Senate in 2004.

What is she up to now? Read on! 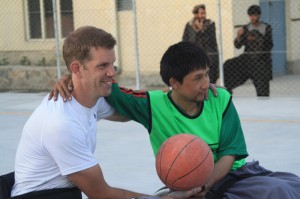 Jess, 35, was a forward on the NY Rollin’ Knicks the last few yrs.

Now he’s teaching men & women in Afghanistan (he’s been doing it since 2009) how to play the game. I want to work for the Int’l Red Cross too! Read all about him 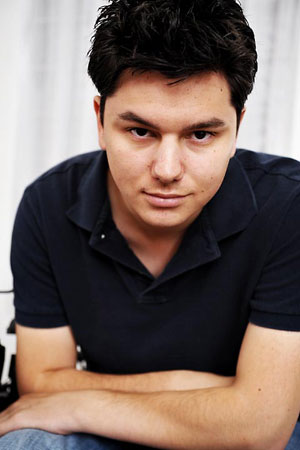 In episode 12, Mia and Tiphany go accessible apartment hunting so little miss Mia can get out of her grungy apartment and into a sexy “grown up” apartment she can be proud of. Not easy in LA, but is it anywhere really?

Watch the girls visit the Rose Bowl farmer’s market to find Mia some stylish new things for her place. Also, Chelsie’s back story with her dad gets spotlighted, with her beginning to feel some reluctance in doing her “don’t do what I did” speeches at high schools.

This episode begins with Mia in her apartment feeding her parakeet Chirpy.  We get the back story on Mia’s apartment. It’s “grungy;” has stained carpets from living there for five years and she can’t shut the bathroom door when she goes to the bathroom. “It doesn’t feel very inviting.  I don’t even like to be there,” she says.

Tiphany arrives to see Mia’s apartment for the first time.  You get to tour Mia’s apartment as Tiph rolls through, and if you ask me it’s really not that bad (except for the Persian rug over the carpet of course).

Mia tells the camera she’s not had people over because her place, “it’s not something I want to share with people.”

In episode 10, Auti’s overbearing nature is spotlighted. She and Eric mix words while recording tracks for their new CD, and the Colours ‘n Motion dance crew butt heads after Chelsie and Mia get sick of doing the same old routine. Tiphany also takes Chelsie mini-golfing!

This episode begins with Chelsie getting dropped off at Tiphany & Angela’s house.  Chelsie is staying at the house because she’s in town for an upcoming performance with the Colors n’ Motion dance crew.  The dance team is scheduled to perform at an “abilities event” at a nearby aquarium that weekend.  Tiphany shows off her luggage pushing method with her footrests.  Man that girl has some upper body strength.

Tiphany shares how much she values her relationship with Chelsie, hoping she can be a good mentor to her since Chelsie was injured only two years ago and is just 19.  After Chelsie arrives, the show goes into the close relationship Tiphany and Chelsie have created since they’re so alike in personalities.

“She’s like my older sister that I never had,” says Chelsie. “You are so tan,” Tiphany says as she looks over Chelsie once they get into the house. “And you’re so hot.  Why are you so hot?” she asks with a smile, and they laugh. A fashion side note, Tiphany sure

In episode 9, get ready for some fun ’cause it’s the dating episode. All four ladies attend an art gallery opening together (and get lots of stares), Tiphany reconnects with an ex-flame (a guy this time!), Angela dates a hunk 12 years her junior and Mia goes kayaking on a first date. The Bachelorette has nothing on this episode.

The episode begins checking in with Tiphany and Angela. Tiphany is on her computer in the living and checking her dating profile. Tiphany says most people assume you have no dating life if you use a chair, but admits that being in a chair can make you more vulnerable. “Trusting people can be tough.”

Angela rolls in asking her if she puts down she uses a wheelchair in her profile (while Tiphany points out an alternative-looking she thinks is hot who has ginormous gauged ears; Angela squirms and asks, “What in the heck is on his ears?” lol). And then Angela brings up one of the most creepy issues you’ll discover after being paralyzed  – wheelchair fetishists (they have an attraction to people in wheelchairs).