A wild child in her teens – now a zen TV star, Tiphany Adams is a drop-dead gorgeous paraplegic who’s been aiming to change the world since being injured in a car accident at the age of 17. 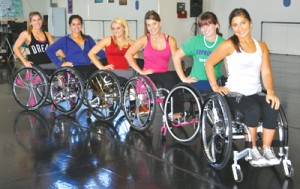 Chelsie Hill, one of the youngest stars from the reality show Push Girls, has founded her very own integrated (able-bodied and disabled) dance team, which she’s dubbed Team Hotwheelz. Read this entry 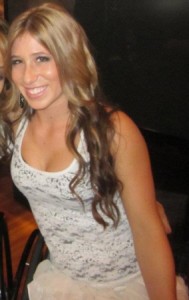 Resilient is her middle name.

Chelsie has only been a paraplegic since 2010, and she’s given hundreds of speeches at high schools about her story, and is one of the stars of the reality show Push Girls. Read this entry 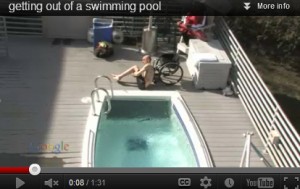 The first video shows a super buff 48 yr old C6 quad uses a lap pool (by himself). Video #2 video shows a much more dignified pool lift made just for the Paralympics (so cool!)

Video #3 is three sexy quads goofing off in the pool with floaties, and video #4, why no other than Mia of Push Girls. Watch her try swimming for the first time in YEARS. Watch these videos 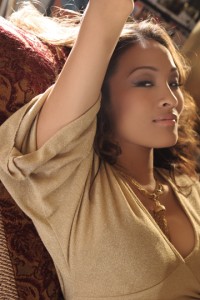 What’s not to love about this zen-filled lady? I always knew Angela was gorgeous, but after watching Push Girls and seeing her live in action it has made it clear as day.

Her amazingly high cheekbones and eyes that could halt an army in its tracks (thanks to her Thai/German descent), make Ms. Angela one of the most beautiful women you’ll ever see. Read all about her

In episode 14, the season comes to a close with the premiere of Auti’s new film (and she invites her long lost Dad). Angela finally lands her dream modeling gig, but brings new boyfriend as her caretaker for the 3 day shoot in NYC. Does it end up being a good idea?

The episode begins with Angela sitting at her kitchen table with her caretaker Judy, looking through headshots and putting together her modeling portfolio. She gets a phone call from her casting agent and is told she just landed a modeling deal with Nordstrom. Dude!

In episode 12, Mia and Tiphany go accessible apartment hunting so little miss Mia can get out of her grungy apartment and into a sexy “grown up” apartment she can be proud of. Not easy in LA, but is it anywhere really?

Watch the girls visit the Rose Bowl farmer’s market to find Mia some stylish new things for her place. Also, Chelsie’s back story with her dad gets spotlighted, with her beginning to feel some reluctance in doing her “don’t do what I did” speeches at high schools.

This episode begins with Mia in her apartment feeding her parakeet Chirpy.  We get the back story on Mia’s apartment. It’s “grungy;” has stained carpets from living there for five years and she can’t shut the bathroom door when she goes to the bathroom. “It doesn’t feel very inviting.  I don’t even like to be there,” she says.

Tiphany arrives to see Mia’s apartment for the first time.  You get to tour Mia’s apartment as Tiph rolls through, and if you ask me it’s really not that bad (except for the Persian rug over the carpet of course).

Mia tells the camera she’s not had people over because her place, “it’s not something I want to share with people.”