I’m a 34 year old woman with cerebral palsy and I use a power chair. My first and only relationship was in high school. Dating with a disability is hard enough, but throw in the fact that I am a lesbian and it gets so much harder. The stereotype is that people with disabilities are not sexual beings, but then you throw in a deviant sexuality…

I am not in to the bar or club scene, but I am wishing I had someone in my life. 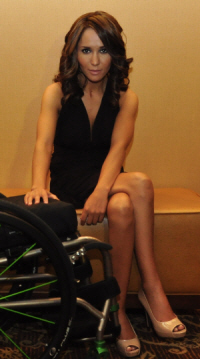 In episode #77 of No Free Rides, Tiffiny has on Tamara Mena, a model and spinal cord injury survivor. Tamara opens up about her injury, losing her boyfriend in the crash, and learning to love again.